Because I switched departments half-way through my internship, I essentially had to say goodbye to two departments of people

Although short-lived, 3-weeks, I still got to know these people

It’s the realization that people, humanity, all around the world, is beautiful

All of us, each living these lives, each pursuing individual goals, but together forming a community with other people doing their own sh*t

Hong Kong culture is not something I can say I am fully familiar with. And because I wasn’t sure of the etiquette, I didn’t get the feeling that a hug was appropriate.

But I wish I hugged them

I don’t know if I’ll ever see these people again.

3-weeks and I formed genuine connections. Doing this around the world makes me truly and fully love humanity.

This life is so beautiful.

Just make sure you hug the people you care about.

It’s all about baby steps

I still remember these words from

Whether that be personal life, academics, career, health, or basketball

Don’t worry about being a millionaire overnight

Rome wasn’t built in one day

It’s not a lot, but baby steps eventually turn into strides, and before you even realize it, you will be running fast towards your goals

Then there would just be an overseeing universal power, called “Karma” that would hold every individual accountable for their actions

To think before we act

To stand up for what we believe in, to feel remorse, and to be better versions of ourselves.

Good thing we don’t need “karma” to hold ourselves accountable

What college you attend is almost Not important at all.

Instead, you should be the type of person who could attend a prestigious college.

In fact, it was two professors, one from Princeton, who actually released a paper in 2002 that detailed why attending super-selective colleges had no impact on future career salaries (economic benefits)

How did the study work?

Well, it tracked students who 1) went to prestigious colleges

And then for the control group, 2) students who were admitted but did not attend top prestigious colleges (either due to $$$ or personal reasons, which is not apparently important in this study).

After extensive research, there showed absolutely no difference in the economic long-term benefits of attending a top college.

The salary boost was “generally indistinguishable from zero”

Top universities are not so good at developing students’ potential as they are at spotting future potential and offering spots to these bright students.

That’s not to say that prestigious colleges don’t offer much better resources and networking. They do and will surely add a kickstart to your career. But in the long-run, it doesn’t matter so much as where you went as a student as much as what type of hard-working student you are.

Also, I need to note that salary is definitively not the best measure of future success; however, when you ask most college students these days why they are attending college, the most common response you’ll receive is “for a job/money.” So, I am sure this answer should offer a lot of solace to students who are still worried about not attending Harvard.

Source: Estimating the Payoff to Attending a More Selective College: An Application of Selection on Observables and Unobservables

Children lived in mansions which houses up to 14 kids

And there was just so much free land and greenery

But the students at MHS all come from underprivileged communities

Which is good and bad

My friend who goes to Villanova has friends at Princeton, UPenn, Georgetown and other esteemed universities

But out of his 200 graduating class, he notes several who have dropped out of college after one or few semesters and maybe 15 have ended up starting families already before they’ve turned 20, which also forces them to leave school

How can we truly help people besides simply financially and educationally? I think personal life and EQ skills are just as important to teach besides a good education and scholarships for school

Not everyone is fit for school

But everyone is fit for life. And I think life skills is something we need to better teach future generations

Today I checked my Quora account and I now have 1000 follows and over 1.2 million views on my answers

It’s a small achievement compared to where I want to be in terms of my personal brand, but I remember how difficult it was to even reach 100 follows

I’ve been writing on Quora for over 2 years and writing on my daily blog here for over 500+ daily posts.

I was unwilling to believe this at first but I honestly think one of the biggest life hurdles/obstacles is learning how to avoid self-sabotage.

Maybe out of fear that achieving our dream will leave us listless.

Maybe we don’t believe we deserve the good life, or true love, or true happiness, or genuine peace, or whatever virtue it is that you seek.

So we create excuses. We build up these walls and force ourselves to run into them.

Brick by brick, these obstacles eventually stop us from getting anything done.

And we’ve now built a wall surrounding ourselves, feeling safe from life’s arrows. But building this obstacle around you is self-sabotage. You’re constricted. No more freedom.

Self-sabotage is ugly. It’s an internal battle against yourself.

But you need to fight it. You need to break down those walls.

and I intend to use it

This is the time to try and fail

You’re in the big leagues

But it also means you are granted this abundant freedom

Right now our greatest strength is our youth

We have time to do anything we want

This is not the time to play it safe. You don’t pay bills and you’re in a setting around other passionate students in your age group. College is your safety net to take risks

Imagine this: you could do nothing right for the next 10 years and still be young. You’d be 28

Meditation for me is about mindfulness

Mindfulness to strive towards unconditional happiness

Being able to realize that existence alone can equate to happiness

Unconditional of a fancy car, a nice house, a relationship, money, pleasures, status…

Awareness that existence alone, even for a second, can give you happiness

That is the unbounded power of mindfulness

One of the most popular maxims in the world of philosophy, granted to us by good old Socrates, is that “the unexamined life is not worth living”

Surely, the unexamined life is less interesting. But does it make a person sadder?

To be a true philosopher, you must contemplate life and approach your transcendence.

Simone de Beauvoir, my favorite philosopher, and area of study, explains of the stages of freedom in her book Ethics of Ambiguity.

Now, I won’t go into too much detail about each step of the ladder, as there are 5 steps before we approach “genuine freedom,” which is ultimately how we reach our transcendence. But the important thing about de Beauvoir is that she addresses nihilism.

Nihilism is the third and inevitable step towards transcendent freedom.

Nihilism is an attitude; it is a conclusion that life is meaningless.

Now there is both active nihilism and passive nihilism, the latter of which we want to especially avoid.

Passive nihilism is what I would call modern-day dispassioned depression.

This is a dangerous combination because it is an awareness of one’s own sadness but also paired with a lack of passion or willingness to actually do anything. It’s almost like a complacency with one’s own conclusion that life is meaningless. Quite a sad attitude to carry for the rest of your life. 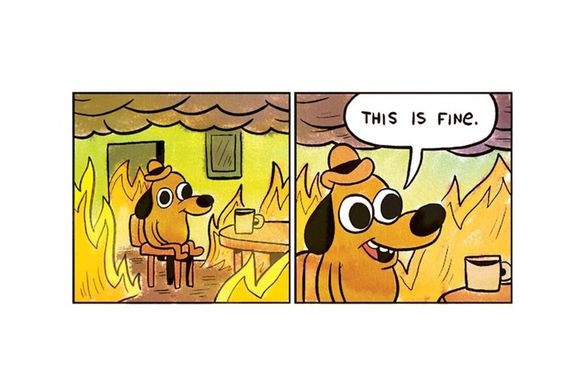 Active nihilism, on the other hand, is how we are able to escape the nihilistic attitude entirely and approach the next steps to transcendence (which is called the “adventurer,” a person who does things for the sake of doing)

Eventually, the active nihilist, after much (or little) contemplation, will either move on towards his transcendence or revert to a passive nihilism. 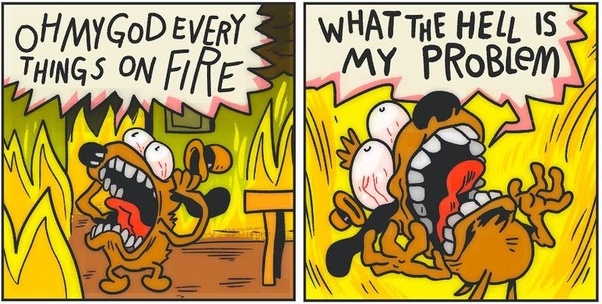 I think every philosopher will approach nihilism at some point in their contemplative career, and often many times. Nihilism isn’t something we are able to just escape entirely unless you have approach full and complete transcendence. I know of no such person, except maybe the Buddha.

So yes, philosophers, true philosophers who are dedicated to a life of contemplation, will reach nihilism at some stage in their path to transcendence. Simone de Beauvoir calls transcendence “genuine freedom”; Nietzsche calls it the “Overman”; Plato has the “Good” and “Truth.”

All-in-all, if we want to truly achieve our philosophical potential, it’ll be difficult, it’ll be confusing, and it’ll also have a lot of sadness.

A sadness in nihilism. A sadness in lack of direction. A sadness through too much contemplation. But just know that sadness can be turned into passion and used to approach our transcendence.

If you’d like to read some Simone de Beauvoir, check out her book Ethics of Ambiguity where she discusses freedom, humanity, and the meaning of life, etc. (She has a special place in my heart; she also essentially founded the second feminist movement).