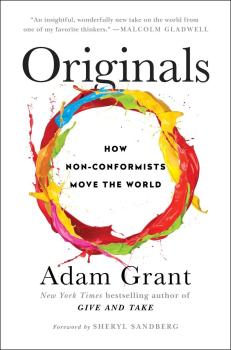 I am a big believer of self-learning through books. An autodidact. Elon Musk-esque, if you will.

But there is an important factor that I’ve noticed to understanding the contents of a rich book: writing about it.

It’s not enough to just blow through books; you have to truly grasp the content, and writing about it is one way that I’ve discovered is a great way to do so. Materialising what I’ve learned is important to me so I can, for one, understand the concepts as I read the book, and two, create a historical documentation that I can always turn back to for review.

So this is my book review of the book Originals: How Non-Conformists Move the World, — by Adam Grant.

An intro to Dr. Grant: Adam Grant, who is rated the best professor at UPenn Wharton Business school, is an organizational psychologist who has written several #1 NYT books. In Originals, he discusses how Non-conformists (procrastinators, slow people, and other different personality traits) succeed in life with their increased creativity. Adam Grant also wrote the book Give and Take: Why Helping Others Drives our Success (Which I highly recommend you check out as well!)

These are 15 points that are mentioned throughout the book (and at the end, I believe) on how to be original.

How to Champion Originality and be Successful:

Don’t take the status quo; ask why they exist in the first place and how to improve upon what is currently accepted as “the norm.”

Leonardo Da Vinci supposedly carried around with him a ledger, where he would write down “playfully curious” and, to most people’s standards, weird questions. Apparently, he would wake up and ask himself a type of question, at one point, posing the question: “What does the tongue of a woodpecker look like”

Another classic question: Why is the ocean blue?

Science teaches us that the ocean is not blue just because it wants to be blue, but because water reflects the color of the sky.

So, then why is the sky blue?

Questioning the default leads us to generate original ideas and thoughts of approaching otherwise widely accepted and mundane aspects of life.

2) Triple the number of ideas you generate

Baseball players hit 1/3, and that is considered a good ratio.

Content creators are the same. Seth Godin is a large proponent of this concept too–that no idea is perfect, but the importance is to create content to test it out. Because how will you know the idea is crap if you don’t try it?

The most successful composers, Mozart, Beethoven, Tchaikovsky, has way more failed musical compositions than successful ones. There is a correlation between originality and number of “swings.” (I won’t say causation though. Shoutout to my statistics nerds)

3) Immerse yourself in a new domain 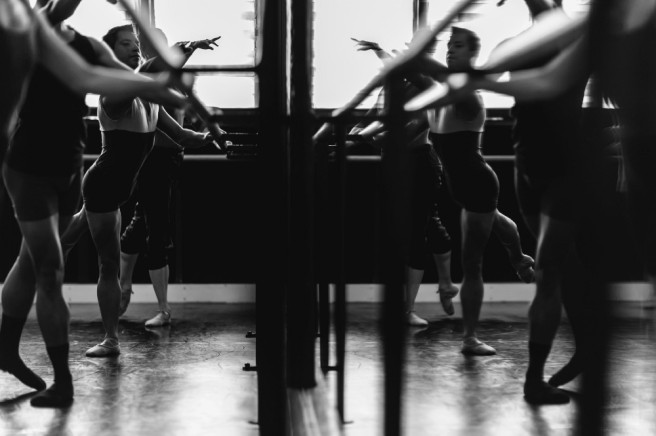 Broaden your frame of reference. It’s all about perspective. When you get a position at a company, see if you can go on periodic job rotations to understand the how the rest of the company runs. Work in another country — important emphasis on work, because simply traveling and vacationing in other countries doesn’t provide the same contextual insight. Be a scientist who takes dancing lessons; no, seriously!

Nobel-prize winning scientists are much more likely to be involved in the arts, a contrasting skill, compared to ordinary scientists

In the midst of generating ideas, stop midway

Allow yourself to incubate your current ideas and give time to foster more while on break.

It is important you give yourself time to relax.

Then, when you attack the problems again, your ideas will be ready to hatch! 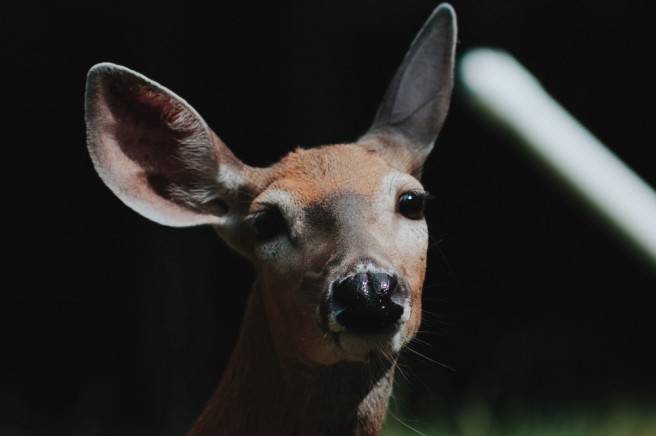 Photo by Ivan Sean on Unsplash

Accept and champion feedback from both peers and enemies. Don’t be afraid of a little bit of criticism. In fact, you should crave it, build off it, and improve. Feedback is the only way you can receive more objective answers on how you are doing — you can’t always trust yourself!

If you want to learn more about radical transparency and the importance of feedback, try the book ”Principles” by Ray Dalio (The greatest hedge fund manager)

*Must be constructive feedback that is meant to improve you, not spiteful. 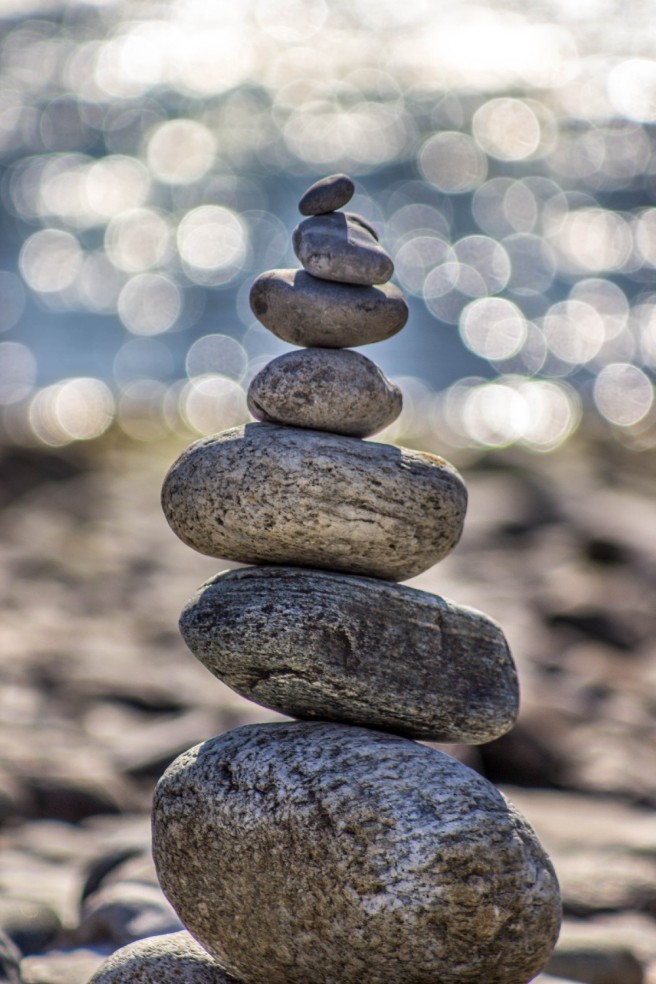 Photo by Deniz Altindas on Unsplash

Balance your risk areas. Many successful entrepreneurs, before their business fully takes off, will have a day job.

Even Bill Gates, who famously “dropped out” of college, technically took a leave of absence, and then formally dropped out after he realized Microsoft would take off.

It’s important to mitigate risk in many aspects of your life so you can TAKE huge risks in those areas you really want to pursue.

Dr. Grant found that people who were pitching a business idea and began their sales pitch by describing the 3 biggest weaknesses of the idea made investors more inclined to work with the partners.

What you realize is that after the biggest weaknesses are known, the virtues become much clearer. And if they don’t, well maybe you don’t have many virtues in the first place!

It’s important to consistently repeat yourself when presenting unconventional ideas. The more exposure people have, the more likely they are to adopt the concepts.

Think of the adoption of the internet, and compare that to what is happening with the blockchain revolution.

Many people argue that they don’t understand blockchain, so they opt not to use it. But who truly understands the internet? That’s what I thought.

Another important aspect is using analogies. I’ve often used the Shared Google Docs analogy to explain the basic concepts of blockchain — a ledger open to all who want to see the transactions (distributed, or shared to all parties), and a way to track, document, and secure such transactions so it is readily “shared.” It increases trust, just like a Google Docs — you see what I see, and I know that I see what you see.

9) Speak to a different audience

Speak to disagreeable people who share your methods and use their input.

Then, challenge authority and use your enemies to help shape you

Tough people with similar approaches and methodologies will make you tougher, and make you adapt. In the end, if your audience has the same mindset or end goal, it will champion your ability to create more innovative approaches in a tougher environment.

10) Be a tempered radical

Manage your emotions, but also be ready to make radical advancements. After all, you are trying to be original, right?

11) Motivate yourself differently when committed vs. uncertain

When determined and ready to attack your tasks head-on, focus on how close you are to reaching your goal. Think: Just a bit more!!!

When unmotivated and disheartened, focus on how far you’ve ALREADY gone. You’ve done so much; don’t quit now!

When nervous, turn anxiety into excitement and enthusiasm instead of trying to suppress it

Don’t say “just calm down” instead say “I am excited”

Have you noticed that many interviewers ask athletes or performers, before a big show, if they are “nervous”?

And they usually respond with something like: My hands are a bit sweaty, slight tremble, heart beating fast.

They are not nervous. They are excited. Use that excitement and enthusiasm. So not only is the concept of “calming down” useless, and actually produces worse results, it’s also an extremely triggering sentence…

So no, I will not just “calm down” Patrice.

13)Focus on the victim who is harmed, NOT the perpetrator

Focusing on perpetrator fuels anger and wrath and negativity, instead:

Focus on the victim. This translates to positive anger and thus channels into positive action instead of revenge.

Instead of harming the harmer, help the harmed.

14) Realize you are not alone 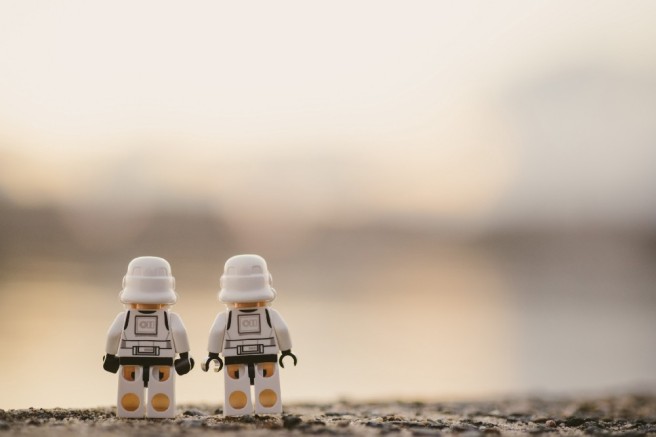 Photo by Daniel Cheung on Unsplash

Even just 1 ally who believes in your vision can tackle the problem together will make you much more successful.

I am an introvert myself, but I know how important it is that I have such a supportive network of people I can count on. (Family, best friends, colleagues)

Finally, 15) If you don’t take initiative, status quo will persist

There are 4 ways to respond to dissatisfaction: Exit, Voice, Persistence, Neglect.

Persistence, and neglecting the problem, are both passive methods of dealing with stress. If they don’t work, it might be good to take action by speaking up (voice), or removing yourself from the situation (exit). Don’t let the status quo persist. You are better than that.

Now go out there and create.

Hi, thanks for reading.

If you enjoyed reading my writing, please let me know by sending over some likes, and comment down below! Would love any feedback as well.(#5)

Subscribe if you want to! (Put your email on the sidebar on the right)

How to champion Originality:

Grateful Day 85: I am grateful for naps

Reading Day 26: It’s crazy how much reading I’ve done this month, just like how much magic I did in February

Finance Blog: Down to Finance